My last hydroponic basil update was 10 days ago.  The plants were getting quite tall except for the one that had experienced some insect damage while it was still a seedling in the peat pellet.  A day or so after I posted that update, I decided I had to punch the plants back to try to keep them  shorter - after all, I only have a single 24" T8 grow light and not much sun in my window.  So I pinched the top set of leaves off each plant, and I've really been amazed at the growth over the last week.  They're nearly as tall as they were before but each plant's stem split into two new stems.

In other news, I've had to adjust the pH once, but I haven't added any more nutrient solution.  The water level has dropped about an inch, but the roots are hanging right down into it and the air bubbler helps spray some bubbles up onto the roots as well.

Here are some new pictures.  This first one is a closeup of the plant that had the insect damage and was somewhat stunted.  You can see the cut and where the stem split, and look at how much it's grown!  It's bigger than the other three now. 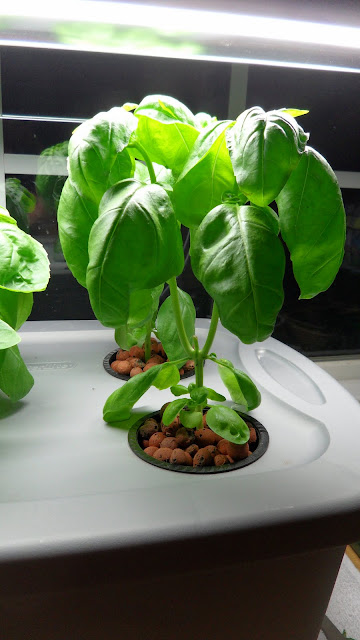 Here's a full picture of all four plants: 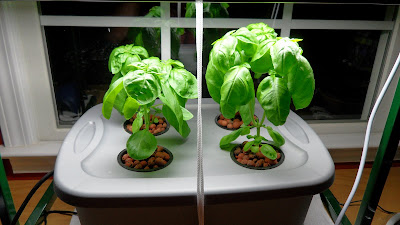 And it wouldn't be a hydroponic update without a picture of the roots! 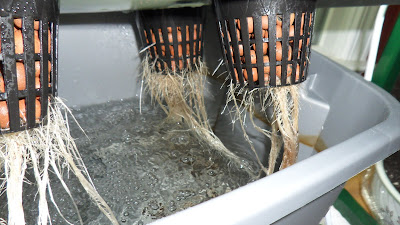