Well, it's time to start planting my fall garden.  I don't have a lot of space so that meant tearing out some plants that weren't necessarily done producing.

Most of my big tomato plants - the Early Girl, Celebrity, and Big Beef Hybrid tomatoes - were done, so I took down the trellis, put the plants in the compost pile, and also tore out the two eggplants and the bell pepper.  I added some fresh compost and turned the soil good, then planted four Snow Crown cauliflower starts, and 2 broccoli starts.  I also planted two broccoli starts in my green self-watering bucket planters.  Here are some pictures: 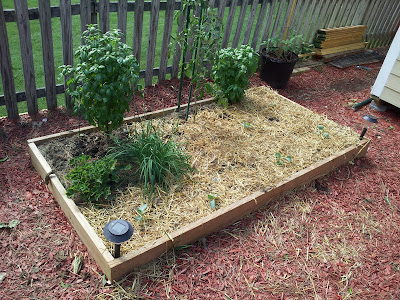 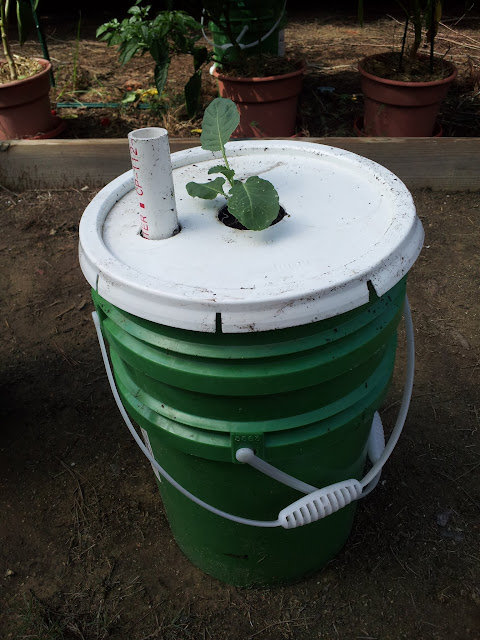 I also needed a place to plant some cabbage and radishes, so that meant I needed to remove some peppers from the pepper garden.  I left myself with one cayenne, one jalapeno, and one anaheim chili, and made plenty of room for four Tropic Giant cabbage starts, and some radishes.  I've never grown any of these items before, so this is all new! 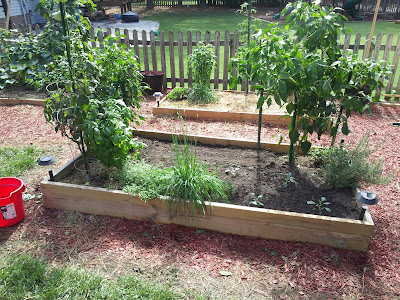 I've also given up on the second crop of zucchini - the bugs really destroyed the stem of the plants, I don't know what kind of bugs.. squash bugs probably.  Anyway, it just didn't work out.   Also, my bean trellis fell over (broke).  I took this as an indication that it was time to clean that garden out too, so I removed the zukes and beans, leaving only the cukes.  I will probably plant some garlic and onions here soon. 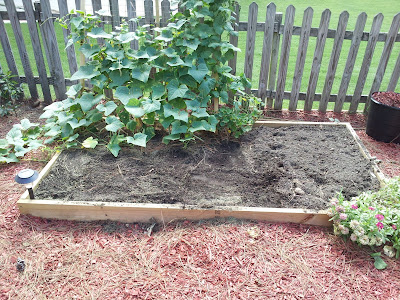 Finally, here's a picture of my growing compost pile! 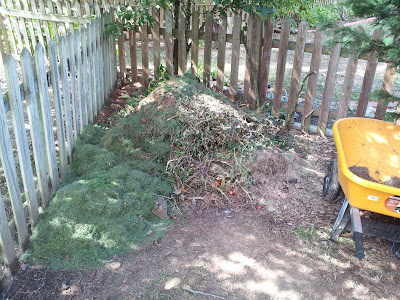