I re-planted two new zucchini plants (Black Beauty) and some unspecified variety of pickling cucumbers a few weeks ago. I got the starts from the farmer's market. 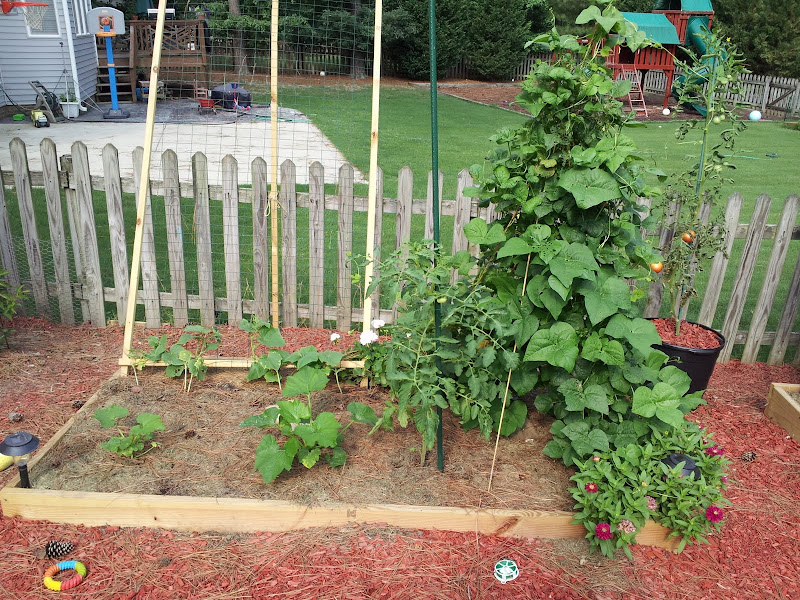 The big beef and early girl tomatoes in the raised bed here have reached "maximum height". I transplanted another heirloom tomato in the middle a few weeks ago and it's almost to the point where I need to string it up. Aside from some cracking, the tomatoes have been great! Also in this picture, a couple of eggplants, a bell pepper, and two extremely vigorous Celebrity tomatoes. 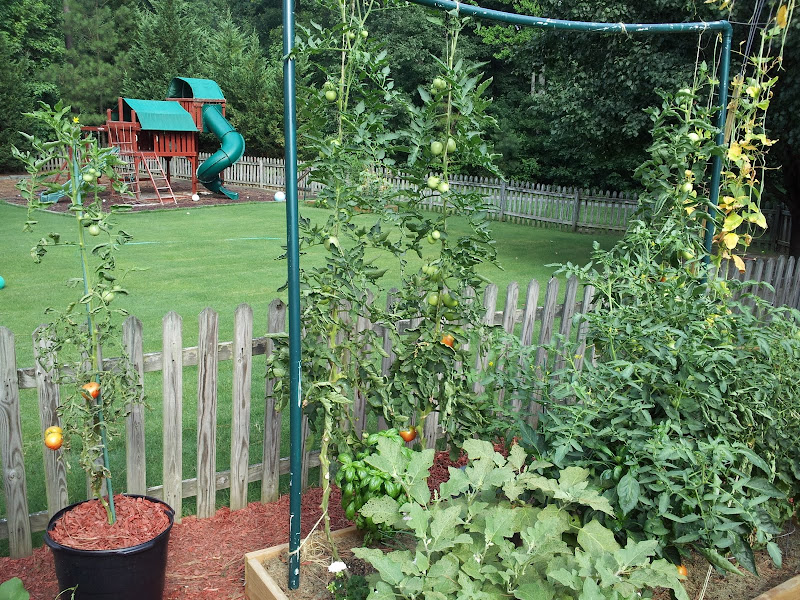 I have been taking huge amounts of peppers off these plants lately! Sent a whole bunch to work with my wife yesterday (I took a bunch to work the week before). 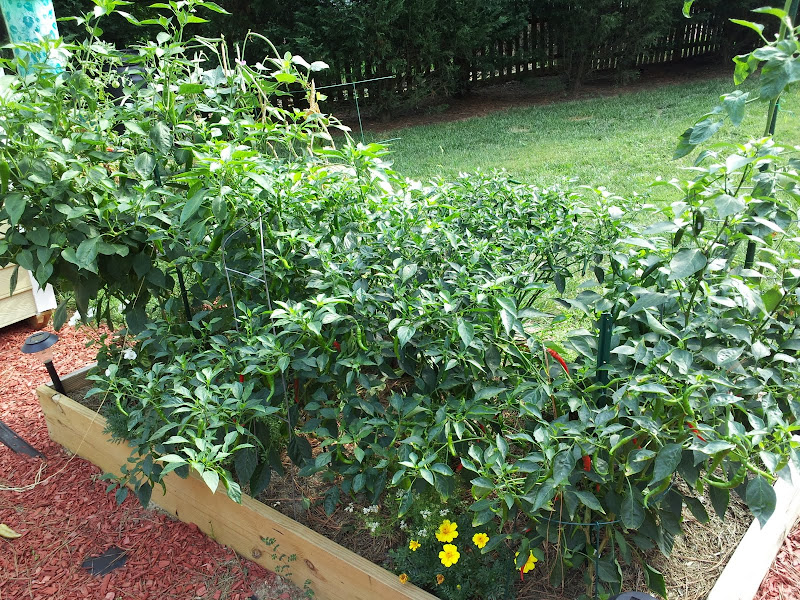 This is what's left of my Asian Yardlong Beans, aka Asparagus Beans. I harvested most of them a few days ago and froze them. I was very impressed by this variety, it was extremely productive and did very well in this setup. That's a 2x2 with three pieces of 10' galvanized "mason ladder" wire. The beans went all the way to the top! 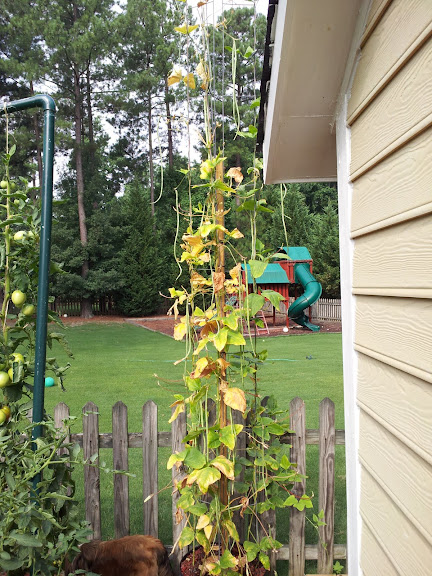 Two heirloom tomatoes that I don't have any place to plant. They're in little 4" round jiffy pots and I water them twice a day. They're doing surprisingly well considering how tiny their root system is. As long as I can keep them alive I guess I'll keep them going. 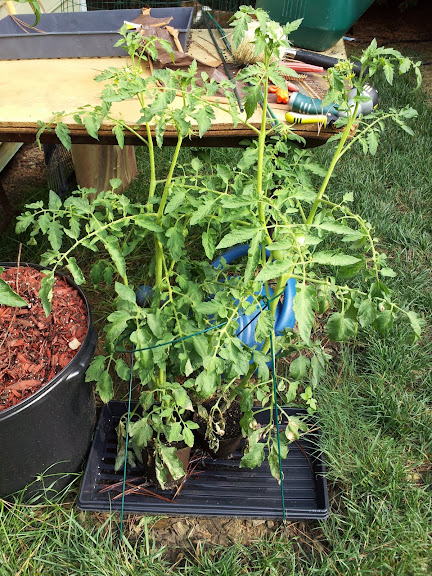 My container garden - the cherry tomatoes on the left have maxed out their height. The grape tomatoes on the right have another foot to go. The peppers are mostly doing well too except the bell peppers in the pot on the far right are suffering from dwarfism I think! And some of the bell peppers and anaheim chilis have gotten blossom end rot (but not all). The habaneros and jalapenos are doing great though, as is the eggplant (see next picture). 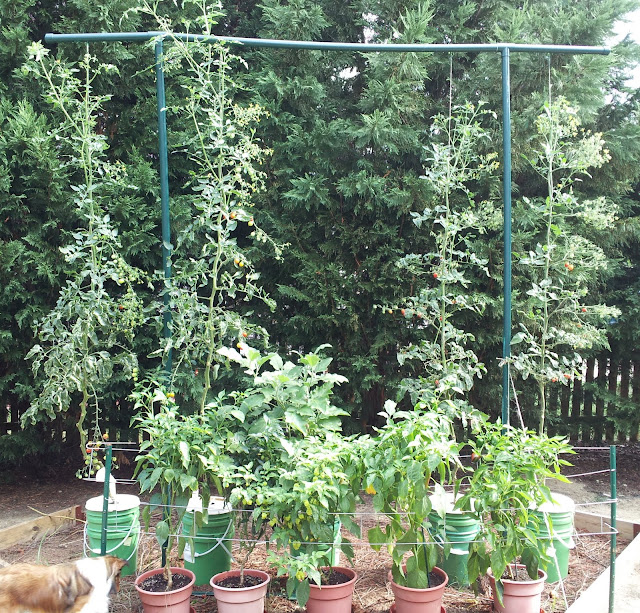 Compared to the three eggplants I have in the raised beds, this one is doing far better. It's taller, greener, sturdier, and has more fruits. It never suffered much damage from the flea beetles like the ones in the garden. 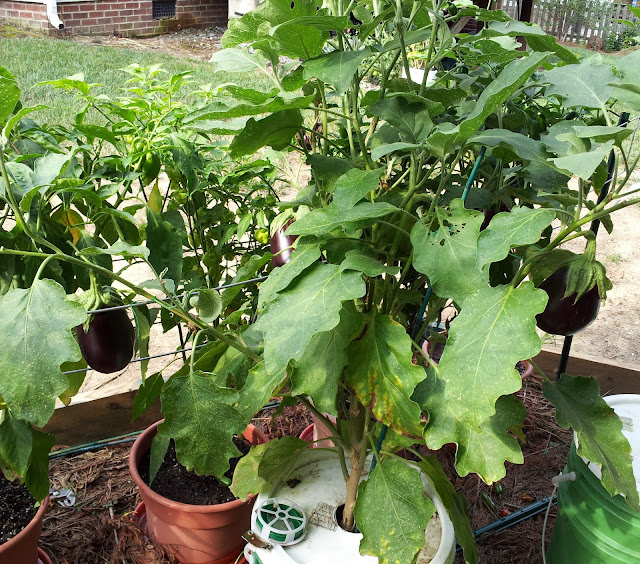 My habaneros are starting to ripen up! 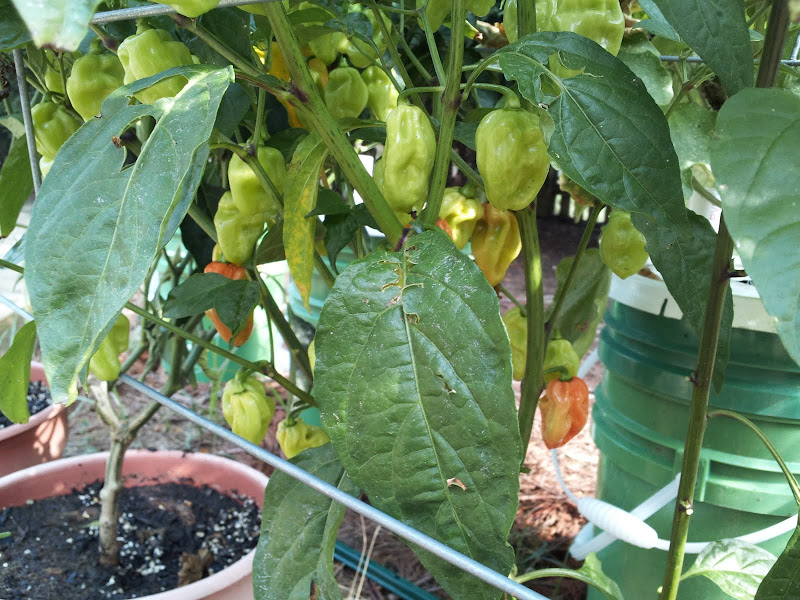 I finally have a canteloupe, too. I only ended up with one last year too, this was a last minute addition and is not in a prime location.. the soil is poor, it's hard to water, and it doesn't get "full sun". 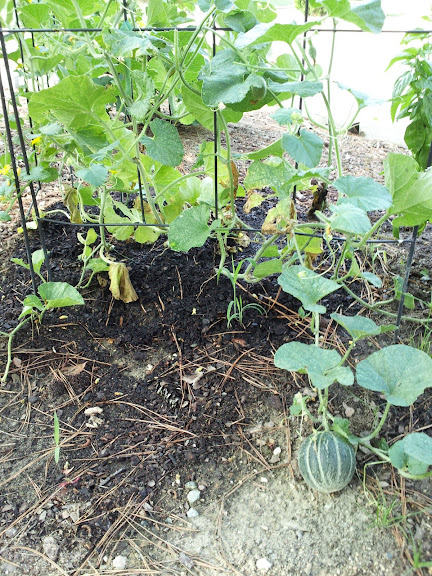 I must've tossed some rotten tomatoes over here last year because I have a "volunteer" growing. I wonder what kind it is! It's got some small tomatoes on it that just appeared so I'll find out soon enough! 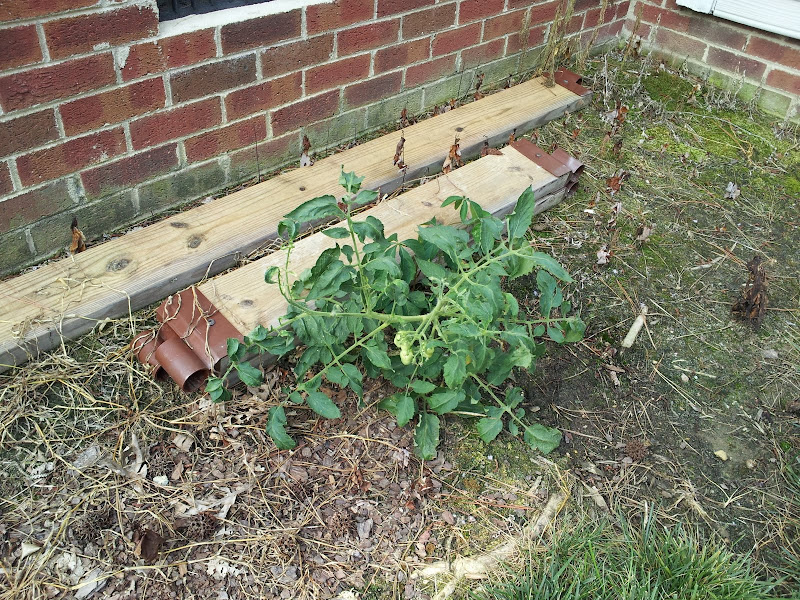