I went out this morning to check on my cowpeas (Mississippi Silver Cowpeas, a warm weather southern variety) and noticed these beautiful blooms.  Easily the prettiest little flowers I've seen on any of my vegetables! 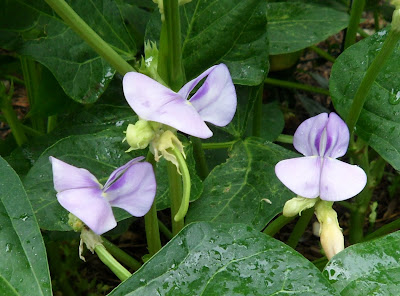 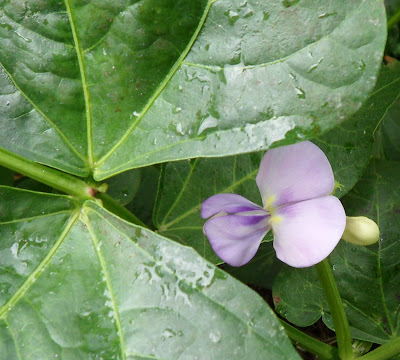 My favorite local grocery store is a Lowe's Foods.  they are a regional chain, with most of its 102 stores located in North Carolina.  They've always had decent produce for a chain grocery store... with some selection of organic and occasional locally grown stuff.

Well, now they're going into "Community Supported Agriculture" and offering locally grown produce all summer long in 7 week pre-paid increments.  The typical CSA model involves a farm selling "shares" of its crops.  One popular local CSA farm is Hilltop Farms in Willow Springs, NC.  Hilltop sells their shares for $495 for a 25 week season, or about $20 a week.  Every week, you go pick up a box of produce at their farm or at the Cary Farmers Market.  You get whatever they have available depending on the season.

Some CSAs offer only organically grown produce.  Lowe's Foods doesn't seem to mention anything about organic produce, they're just going on the locally grown.  And as long as you're not paranoid about some chemical pesticides and such, locally grown is still far better than mass production vegetables usually found in the grocery store.

And the Lowe's offering is $175 for 7 weeks.  It's a little more expensive per week but requires less commitment.

So, if you live around here, check out the Lowe's Foods "Locally Grown Club" or search LocalHarvest.org for a CSA program near you!
Posted by Rick Root at 12:03 PM No comments: